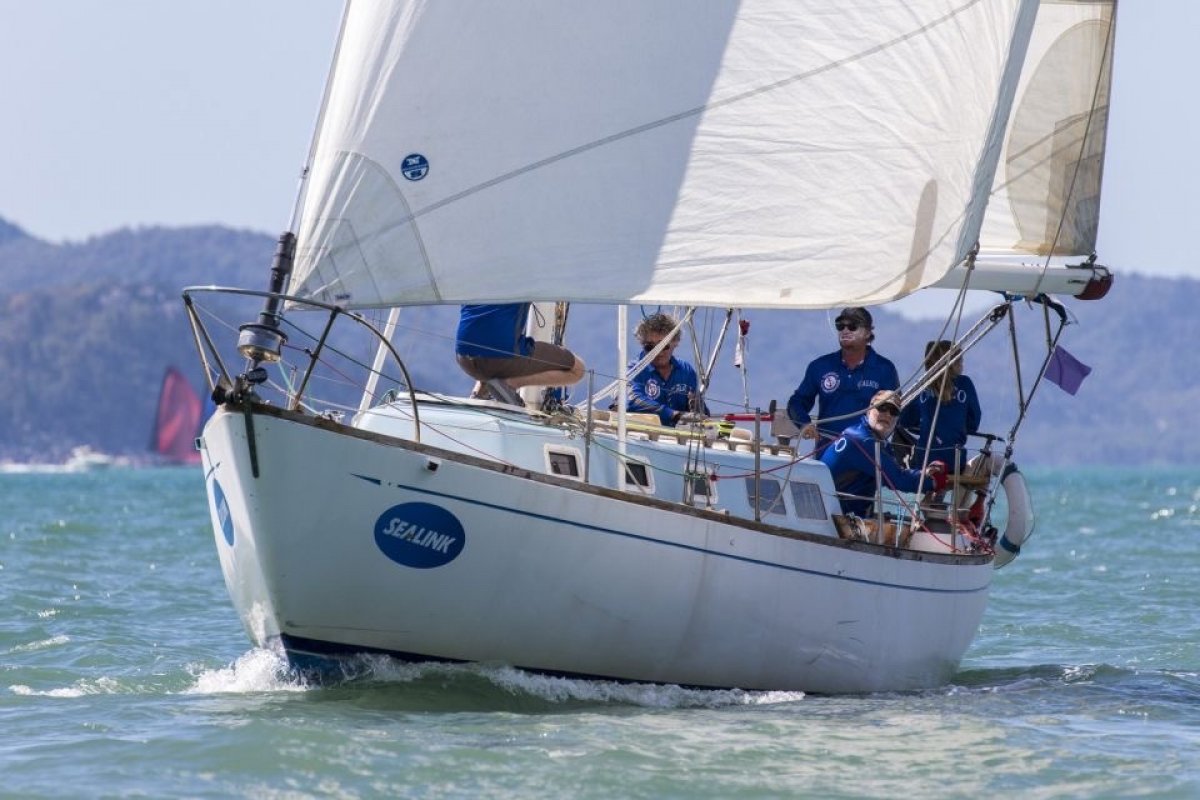 Start Auto SlideShow Stop Auto SlideShow Full Screen PopUp
Price
AU $46,000 Negotiable
Details
Designed by premier naval architect Bill Lapworth as an ocean going cruiser/racer the Cal 36 has proven itself as a strong safe well rounded blue water vessel. She has been well maintained and looked after by her live aboard owner. She comes with a good set of sails with plenty of life left in them. The Volvo Penta D1 28HP was installed new in 2007 and has 480 hours and is regularly serviced. The standing and running rigging was replaced in 2014. Wheel steered. Raymarine autopilot. She has a large Danfoss fridge/freezer as well as a Waeco 3 way fridge. Also included is a portable air con unit that keeps her cool and dry. She is insured through Nautilus and is kept in a berth at Breakwater Marina for easy viewing.

Read what a proud Cal 36 owner has to say about her:

"My parents owned a Cal 36 from 1968 until 1974 I believe. We raced the boat extensively, including a couple of Transpac (69 and 71) and 72 Mazatlan. The boat was sold to a family in San Diego that had chartered one in the Caribbean and just had to have one. They still own the boat 35 years on, its at San Diego Yacht Club right next to the club, named Bligh's Spirit.

They are good solid boats. Simple, so you don't spend your life trying to fix stuff. Everything is accessible and repairable. Easy to sail, as the rig is very small -- only about 40 feet hoist on the jib.

In light air, its not a fast boat: a lot of wetted surface, and not much sail area.

In medium to heavy air (anything over 10 knots of breeze) they sail very well. They will surf, like a Cal 40, but nothing like a modern ULDB. They handle very heavy seas and gales well, far better than most boats: the heavier the breeze, the better we did racing.

While we owned it because it was a good racing boat and we went racing 3 to 4 times each week, several thousand miles every year, these were ocean races. This means we lived on the boat underway most weekends for all those years, and for weeks at a time when we'd go to Hawaii or Mexico. We did cruise the boat some too. My brother and I would take the boat with friends for weekends or holiday weeks: nobody over 12 or 14.

Really, its a good cruising boat. Most "cruisers" just have a lot of junk that breaks and needs to be replaced. Most "cruisers" really are impractical underway with no sea berths, unworkable decks, cockpits, galleys, and main cabins. The Cal 36 is really a practical, safe, seaworthy, and still decently fast offshore boat.

Heaviest weather I can recall was during a San Clemente Island race, a Whitney series race in February or March, probably 1969, off the Southern California coast, about 45 knots (that is a HELL of a lot of breeze!) in fully breaking seas. The waves would break, and the soup was so thick it would be right up to the gunwale all the way around the boat! Lots of green water across the decks. We had two watches: my parents and one of their friends on one watch, and the other watch was me (12), my brother (16) and another 16 year old. No problem. We had dinner underway, the off watch could sleep, not much water got below. Very few other boats finished that race. "