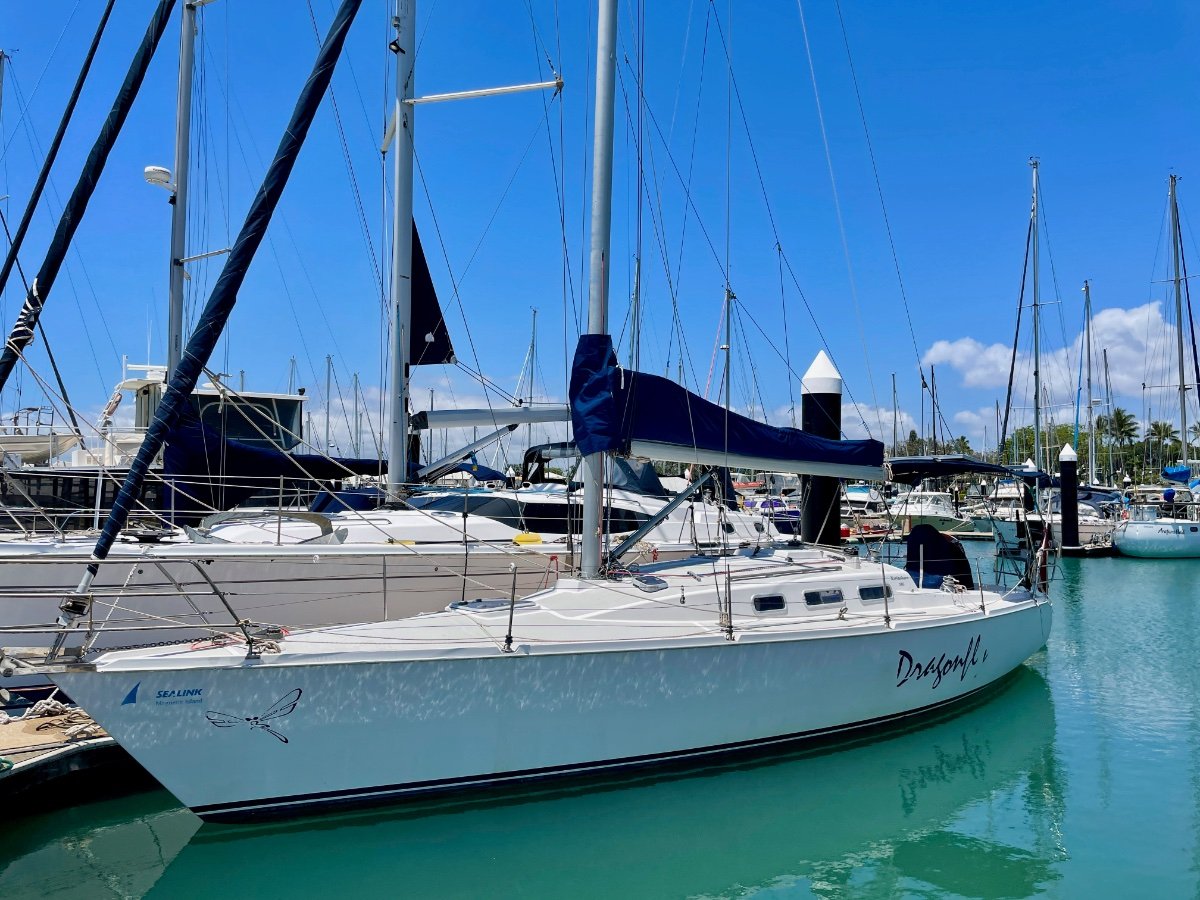 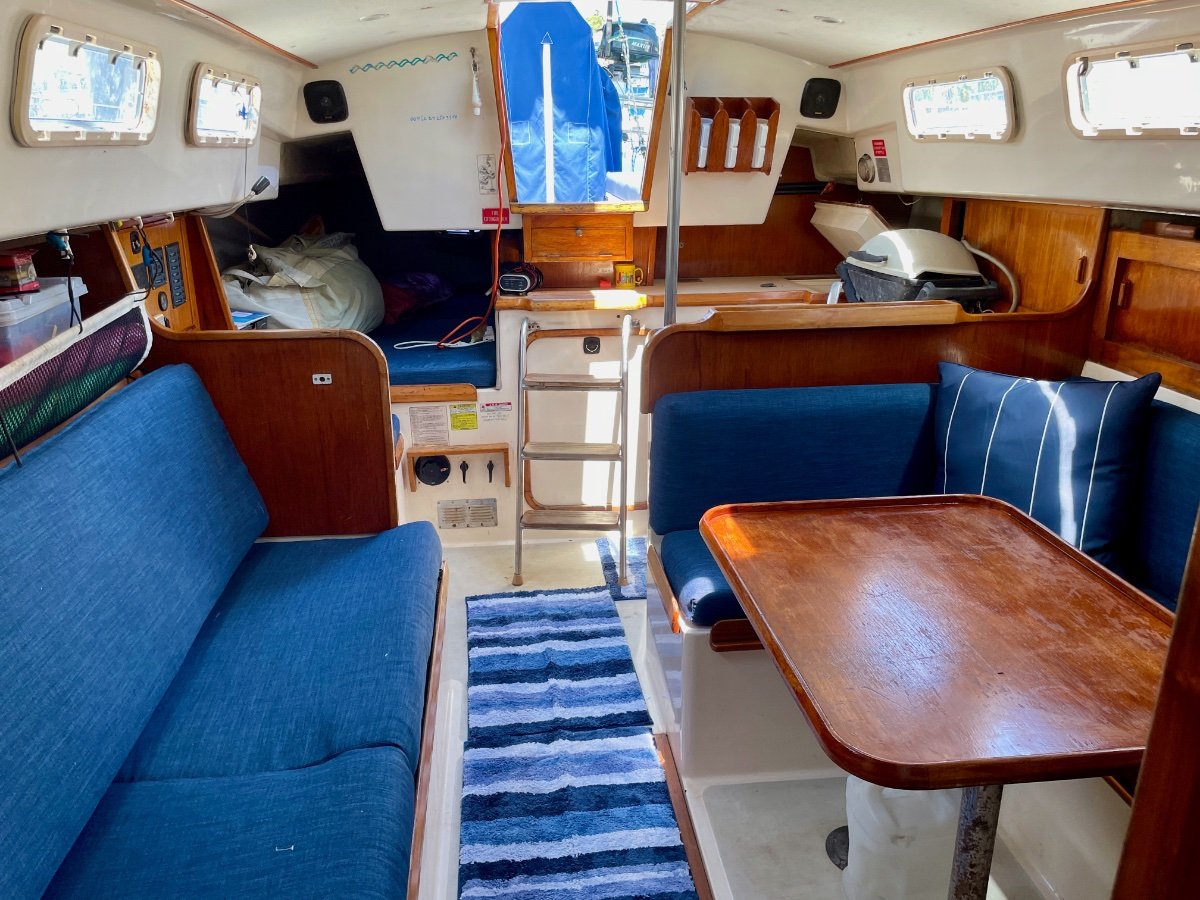 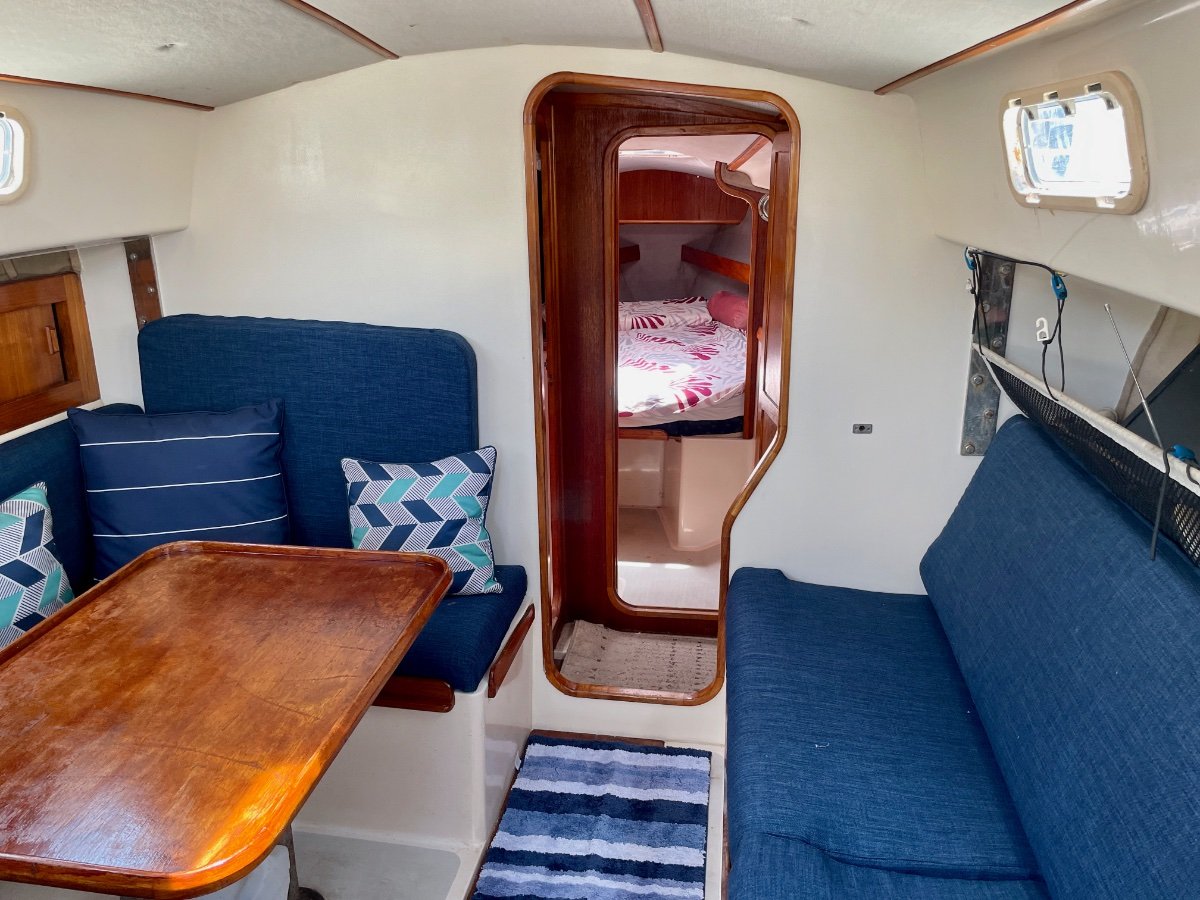 Start Auto SlideShow Stop Auto SlideShow Full Screen PopUp
Price
AU $85,000 Or nearest offer
Details
'Dragonfly' is a good example of these great yachts. With her huge cockpit she makes for an excellent entertainer. She has a all new interior upholstery, new mainsail boom bag, new Garmin chartplotter/GPS at helm. The engine is a Yanmar 3GM with Saildrive. The boat has been set up for offshore cruising and twilight racing. She is fitted with solar panels for extended cruising.

Of all the production yachts built in Australia, the Northshore 38 is probably the best known and most successful, says Allan Whiting
The Northshore 38 has been around since 1983 and is still a very popular cruiser/racer to this day. To last so long in the extremely competitive yachting scene, Northshore Yachts has to be doing something right. The Northshore 38 was designed by Hank Kaufman in 1982 to a commission by John Buck. The first boat, Siena, was produced at Northshore Yachts' Mona Vale, Sydney factory, as were all subsequent yachts until 1995.

In 1995 the moulds for the NS38 were bought by long-term Northshore Yachts dealer Sydney Yachting Centre, which had been selling and fitting-out Northshore boats since 1980. The new NS38 mould owners, Geoff Pearson and Bob Vinks, retained the original NS38 concept, but revised the specifications and considerably expanded the equipment and options list. The Northshore 380 has been available in two models since 1995: the 380C cruising version and the 380 Sports. The 380C is actually a detuned version of the original NS38, retaining the deck-stepped, single-spreader rig, but with a slightly shorter mast and a higher boom, giving a sail area of 59sqm. It has a displacement of 5455kg, of which 2190kg is ballast.

Vinks said the changes made the 380C more of a cruiser than its predecessor - a boat that's more easily handled by a couple.

380s are moulded using vinyl ester resin in the first layer, or have a full vinyl ester lay-up, and all Sydney Yachting Centre boats have epoxy primer beneath the original anti-fouling. NS38s are noted for their resistance to osmosis and post-1995 boats were sold with a five-year warranty against osmotic blistering.
The hull to deck moulding join is FRP strapped, using 12-ounce cloth from stem to stern. The interior moulds and bulkheads are attached to the hull using eight-ounce cloth. All plywood is marine grade or structural 'A'. Keel bolts, nuts and washers are 316L stainless steel. Spars come from Yachtspars in Brisbane and are anodised.